A small-town sheriff in North Carolina petitions for funding to house ICE detainees in his jail, reaping unprecedented profit and criticism. 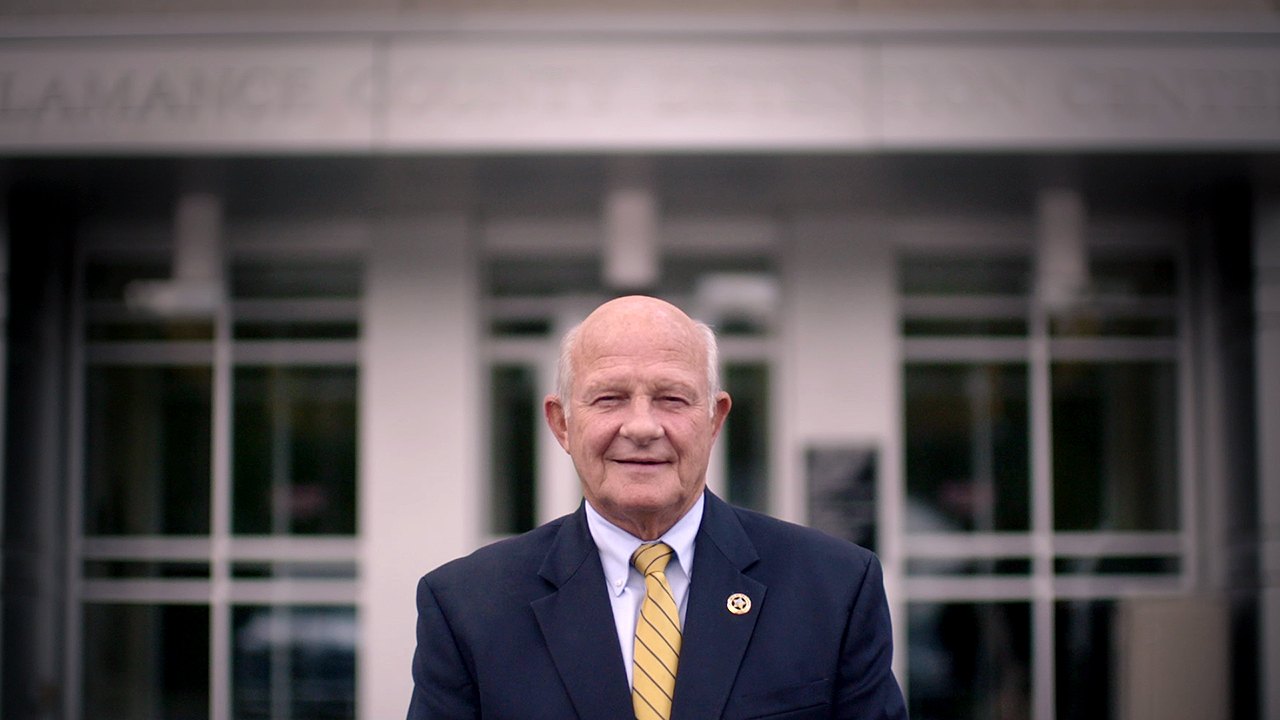 Dilsey’s life mission is to use the arts, and particularly film, to advance society by building social bridges and fostering a greater understanding of the equality of all people. She recently provided story development for the FOX series, Phenoms, and production support to the HBO sports documentary, Momentum Generation. Dilsey directed the short The Gerrymandered Campus… Show more for YR Media and is currently working on a feature documentary about the 1969 protest of Black students at Duke University in Durham, NC. Prior to her expansion into documentaries, she wrote and directed commercials, narrative films, and television programs. Other work includes directing the award-winning short film The Other Side, adapted from a children’s book of the same name and writing the feature screenplays, There’s My Angel, and Boys of a Dusty Hue. Most notably, she was the creator, producer and director of Nuestro Barrio, the first Spanish-language series to air on English-language television in the United States. She also developed multimedia marketing campaigns as well as national and international communication initiatives for both government and non-governmental sectors, including World Bank, The National Institutes of Health (NIH) and the Center for Disease Control (CDC). Dilsey is the founder of Café con Leche Media and the co-founder of One Human Family Workshops, Inc., a non-profit organization that uses the Arts to promote racial and religious unity. She also serves on the board of the Anika James Foundation, which provides financial support for the artistic development and education of young people. She received a B.S. degree from Duke University in Biological Anthropology and Anatomy and a Master’s degree from UNC-Chapel Hill. Show less

Sheriff Terry Johnson: The Mayberry Dilemma profiles Terry Johnson, the long-time sheriff of Alamance County, North Carolina, who campaigned for money from federal and county authorities to house U.S Immigration and Customs Enforcement (ICE) detainees in his jail. Sheriff Johnson sees himself as a small-town, old-school sheriff similar to the Andy Griffith character in The Andy Griffith Show. But prior conflicts with the Latino community and the unprecedented profit he has made by housing ICE detainees has made him a lightning rod for reformers and activists across the state and country.