Ten years after the fall of the Berlin Wall, traces of this monolith are found within the people who lived in its shadow. 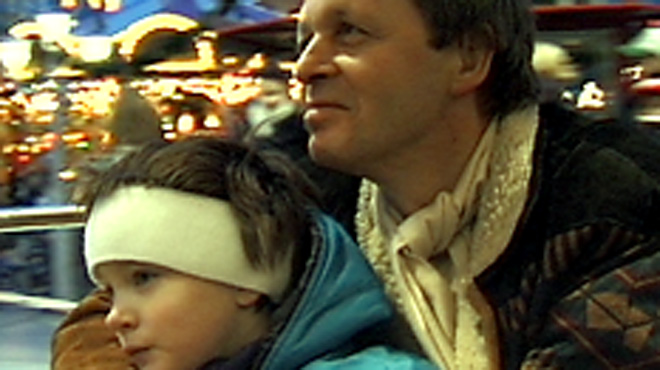 Black was born in Ohio. He bought his first camera — a Pentacon — in East Berlin when he was 14. Some of the first photographs he shot were black-and-white images of East Berlin. Black attended high school in West Berlin and has returned many times, camera in hand. He studied photography, anthropology, and political economy at the University of California… Show more (Santa Cruz and Berkeley), graduating with honors, and the Chancellor's Award for Art. Black studied film in the cinema department at San Francisco State University. His first film, Two Eggs Any Style, won the Western States Student Academy Award. He has shot many documentaries since and has worked twice with the American director Jon Jost in Rome. Black is also the recipient of a stipend from the Academy of Arts in Berlin. Show less 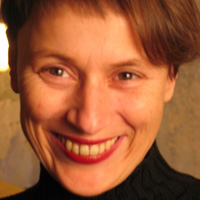 Born in West Germany six months before the Wall was constructed in 1961, Sandig moved to Berlin one year before the fall of the Wall. She holds a master of arts degree from the University of Erlangen, Germany, where she studied drama, German literature, and philosophy. She has worked as a television producer (RIAS, Deutsche Welle) and director of more than 20… Show more documentaries in the city of Berlin, including In the Same Boat; When Hitler Stole Pink Rabbit; Konrad Merz: The Man Who Fell From Germany; George Tabori: The Grand Old Man of the Theater; and Krakow, Stories of a City. Her most recent film, Oskar & Jack, tells the story of twins separated at birth who grew up in totally different worlds. It screened at festivals around the world. Show less

After the Fall is a haunting documentary about one of the most powerful icons of the 20th century: the Berlin Wall. The program examines the effects of the Wall on the Berlin citizens who lived in its shadow for 28 years. The beautiful photography, shot mostly at dawn and dusk within one kilometer of the site of the Berlin Wall, depicts the changing face of Berlin, with its many new construction projects and access routes. After the Fall also features archival footage and interviews with both East and West Berliners about their daily lives since the collapse of the concrete structure that once separated them.

August 13, 2001 marks the 40th anniversary of the building of the wall. One decade has passed since German reunification, and virtually nothing of the Wall separating East and West Germany remains. How could this important physical evidence of the Cold War completely disappear? With 50,000 new buildings under development in the past decade, Berlin is poised to become an important economic and political capital in Europe. The former death strip - the barren land between the two parts of the Wall - is now Europe's largest construction sight, swarming with mechanical cranes and scavenging birds. After the Fall tells the tale of Berlin's transformation through the stories of the people who live there.

Among those interviewed in After the Fall is Winfried Prem, a philosophical demolition contractor whose "crusher" machine reduced two-thirds of the 160-kilometer-long Berlin Wall to gravel. Prem's moxie and opportunistic instinct motivated him to approach the East German government with his services soon after the opening of the border between East and West. And yet, he seems sentimental about the destruction of the Wall, despite the fact that it provided him with much-needed work. He reveals his amazement at the changes taking place in Berlin as he talks about playing his accordion for border guards in the death strip before the demonstration of his crushing machine.

Each person in After the Fall has a unique relationship to the Wall, and often dreams play a role in the memories of the structure that dominated the Berlin landscape. Citizens recall dreams of dogs barking and rifle shots fired. One woman remembers dreams of flying over the Berlin Wall. Though happy that the Wall no longer isolates them, many East Berliners feel that East German culture is being erased or subsumed by West German culture. The division between East and West Germany turns out to be far greater than the physical dimensions of the Wall.

Gone is the Wall between communism and capitalism, but not the conflict. In After the Fall, the camera searches for the Wall's traces and its psychological impact on those who lived in a divided Berlin. A reverend, whose church was destroyed 1987 just before the Wall was dismantled, struggled to save the only section of intact Wall currently in its original location. A former Stasi captain plays himself on a movie set in front of a Styrofoam re-creation of the Wall. After the first euphoria of reunification, two sisters who were separated by the Wall for 28 years discover that they aren't any closer now than when they were physically kept apart. The wall may have disappeared, but its effects linger in the minds and hearts of the people of Berlin.